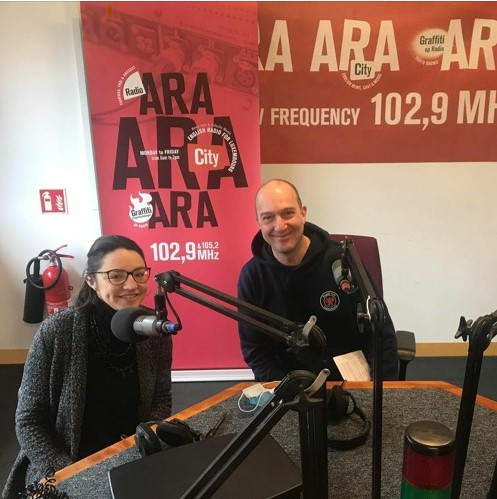 Tom was joined on the Breakfast Show today by Paul Sweetnam who is Operations Manager at the Rugby Club de Luxembourg, Marie-Gabrielle Poupel who is Secretary of the Luxembourg Touch Federation and Nick Frank Nick Frank who runs the RCL Touch club and the Junior Touch which is part of the RCL Ecole de Rugby.

They were here specifically to talk about Touch Rugby in Luxembourg which has been a popular sport in the country for over 18 years.