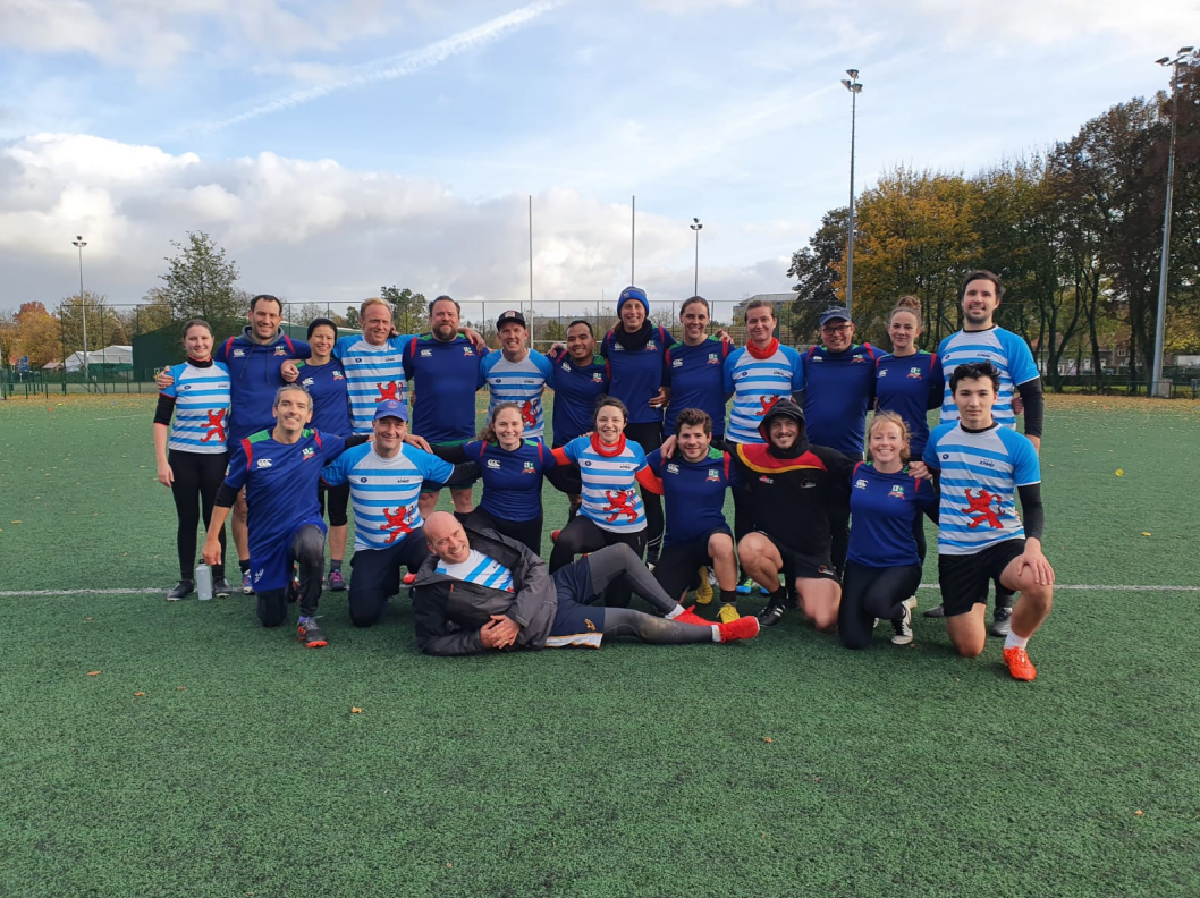 RCL Touch back in action

On Sunday 7th November, RCL’s mixed Touch team was glad to be back in action in the 1st leg tournament  of the Belgium Touch league in Brussels.

In the first of two 40minute touch games, the team got off to a winning start beating La Hulpe 15-4. Marie-Gabrielle Poupel scoring 3 of her 5 tournament touch downs and was awarded MVP.

In their second game against a well coached Brussel Celtic side, the squad really had to raise their game.  And yet again it was our ladies who really stood out with some tremendous defensive work, with Aurianne Lucidarme being awarded the women’s MVP on her first competitive game since having baby Tom.  The team played really good disciplined touch in what was a highly competitive game against one of the best teams in Belgium. Coach Simon Neale was really pleased to see how well the team executed their set plays and were able to create space against a well organised defence. Although Luke Ng-Yan-Kwong on his Touch debut, worked tirelessly in defence and showed great pace to score a couple of great touch down, larger Celtics squad just edged out RCL by 7 touchdowns to 5.

So a great performance from with a great attitude from the whole squad and a really enjoyable tournament. Legs 2,3 & 4 will be in March, April and May 2022.