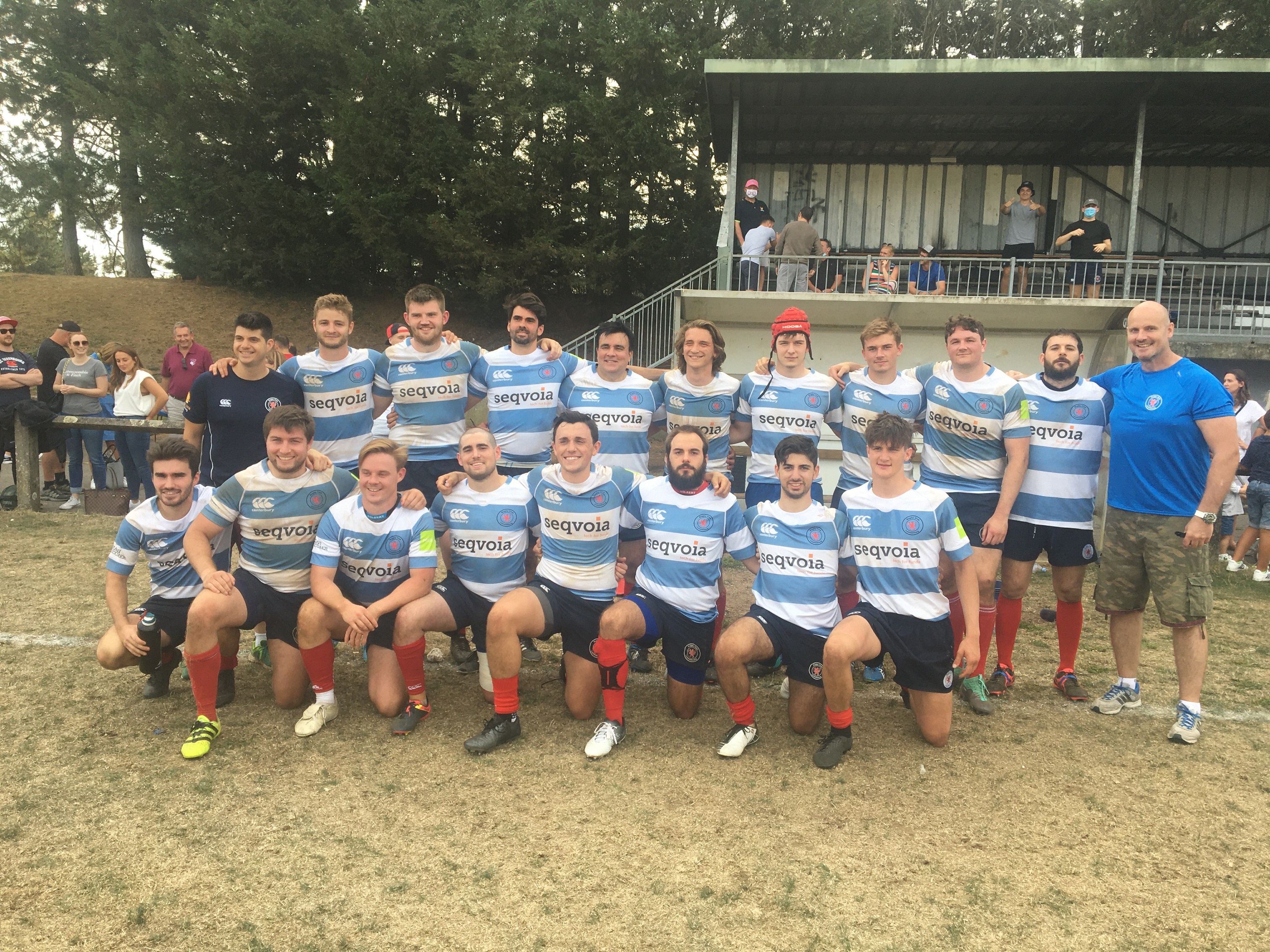 Rugby Club Luxembourg played their first match of a COVID delayed season at Longwy on Sunday. After a long pre season the squad was in good physical shape but started nervously conceding a soft try under the posts within the first few minutes. As the match developed RCL grew in confidence and responded with a try from a strong run by James Wheeler. Scrums were uncontested for the match which allowed Mitchel Galea to return to hooker and his line out throws were spot on allowing RCL to dominate in these set pieces. Mitchel was rewarded with a try after great support play before Robin Dex put the visitors two trys up at half time with an explosive run down the right wing. A crowd of about 100 sports starved Longwy fans turned up for the match, following local diatancing laws, and they were rewarded with a fine second half battle where RCL (Kenans) and Longwy traded trys before the 60 minute drinks break with the score at 12-26. The final quarter of a throuhoughly enterainering match saw RCL pull away with four more tries from Robert Amelung (1) and Maxime Kenans (3) to leave a flattering score of 12-52 for the visitors. The match was play in a tremendous spirit with both sets of players clearly delighted to be playing Rugby again. The next match for RCL is an Intra Club match on Saturday September 26th of September at Cessange where the RCL Luxembourg Qualified Players take on an RCL Rest of the World selection in Â  a 14:30 kick off.

This is the first in a series of domestic fixtures to promote Luxembourg Rugby sponsored by Wildgen Luxembourg Law Firm.

Due to COVID restrictions supporters must book tables of up to 6 people atÂ  info@rcl.lu